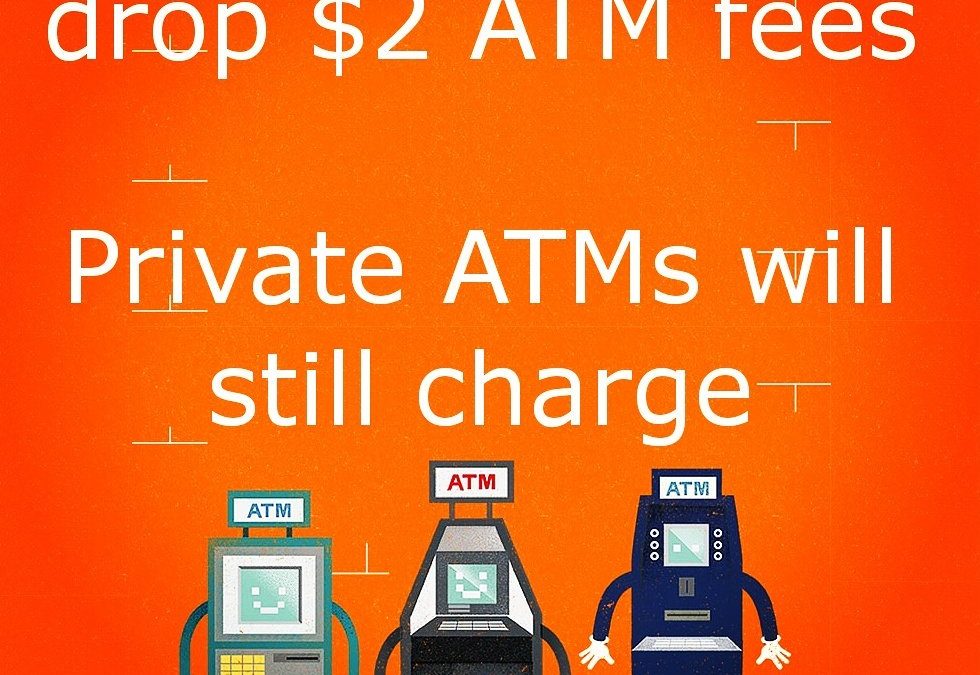 This means if you bank with one of the Big 4 Banks and withdraw cash from one of the other Big 4 Banks ATMs you will no longer be hit with a $2 withdrawal fee.

This is great news for Australian’s and will provide welcome savings! This is especially true for regional Australian’s who might not have access to as many ATM choices to withdraw their cash.

Be careful though… Private ATM owners will still be charging withdrawal fees. These are the small ATMs regularly placed in pubs, clubs, and convenience stores, including the Bankwest ATMs located at 7-Eleven stores.

The Commonwealth Bank (CBA) was the first bank to announce they were getting rid of the $2 fee for, per withdrawal, by non- customers.

The other three banks quickly followed with their own announcements about removing the fee.

It’s worth noting that some of the smaller banks & lenders were already refunding their customers if they incurred non-customer ATM withdrawal fees.

According to Reserve Bank (RBA) data, there were more than 250 million withdrawals across all Australian banks by non-customers last financial year. Australian financial institutions made $500 million from non-customer withdrawal fees during that period.